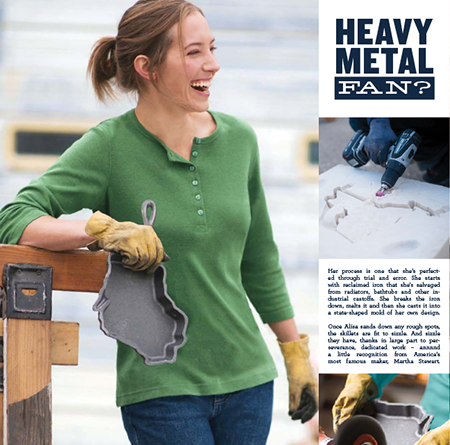 If you’re reading this, you are probably the type of person who likes a good story. Well, I’m happy to share mine of how I became the owner of American Skillet Company, and why I’m not like most CEO’s of a company.

That’s me below: it was my 30th birthday and of course we were celebrating in true Leo zodiac fashion; with a lot of fire and all of my best friends around. They were visiting me at FeLion Studios, my metal sculpture studio, to help me run an iron cupola furnace and cast a bunch of hand made art pieces and some custom ordered state shaped skillets. But this isn’t where my story begins. This is just what I like to do on the weekend. 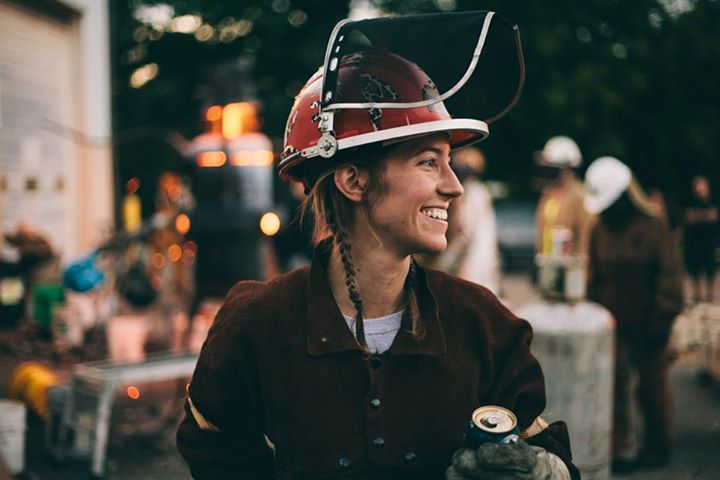 My story with American Skillet Company begins with an award winning 9ft x 6ft art installation of the United States cast into individual iron skillets that I made with my partner Andrew, back in 2010. The first state shaped skillets were create entirely by hand and cast in parking lots using hand build tools to melt down cast iron bathtubs and some old home radiators sourced from scrap yards and neighborhood remodelers.

I made the USA map out of skillets in order to debut the idea at the Art Prize Exhibition in Grand Rapids, Michigan in 2011. Turning some heads at the show, the cast iron state skillet concept quickly became an online hit with visitors, collectors & fans of quirky artisanal products, including the infallible Martha Stewart.

In 2012, we were invited to bring the art piece to New York to present it on the last live airing of The Martha Stewart Show. Just 6 months later, Martha decided to prestigiously recognize FeLion Studios as 1 of 10 honorees at Martha Stewart’s inaugural American Made Awards, celebrating creative business leaders across the USA. 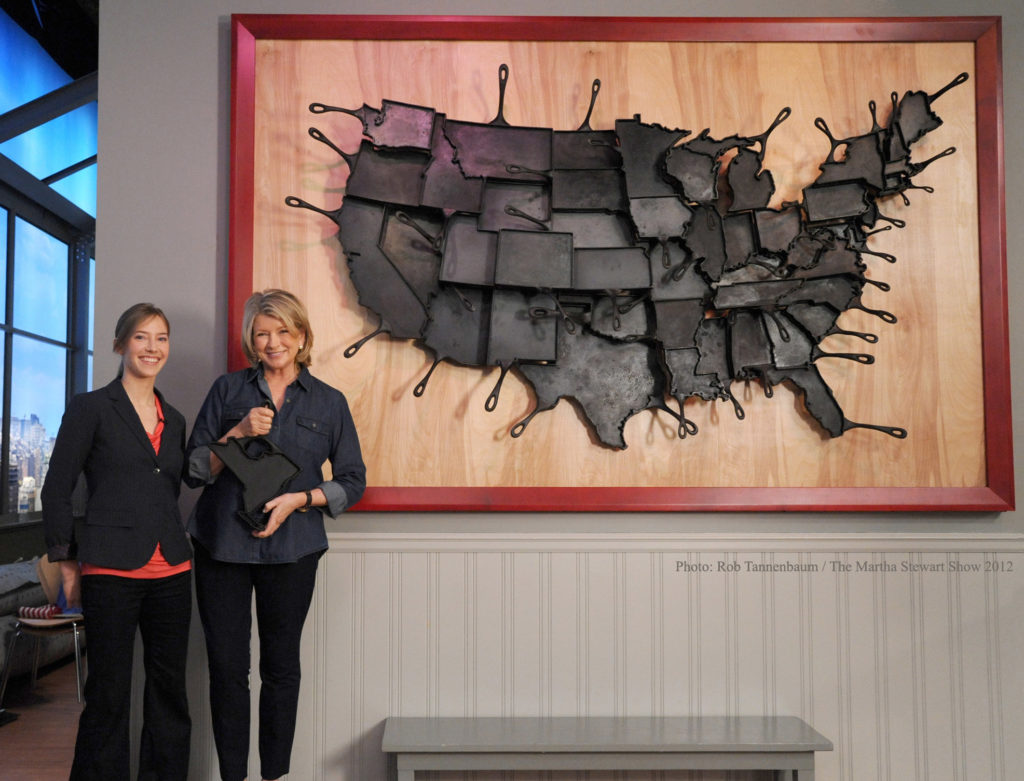 The opportunity came with a huge event that gathered tens of thousands of fans into the Grand Central Station to learn about each of the Honoree’s craft based businesses, and included a featured spot inside of the holiday publication of Martha Stewart Living. It was a rather life changing experience that launched my small artisan business into a National spotlight, and I wasn’t exactly ready for that.

From handmade art pieces to industrial production, the popular state skillet concept needed to either scale with the demand or stay extraordinarily small with custom orders only.  My decision to scale the concept was influenced by an outpouring of random phone calls, hand written letters, online orders and personal emails from fans all across the globe who just wanted to share their story with me of why their cast iron cookware was so special to them, and that the state skillets really resonated with their connection to home + cooking. It was a rally cry of support to keep doing what I was doing, and soon enough, the state skillet concept was re-imagined for industrial production. 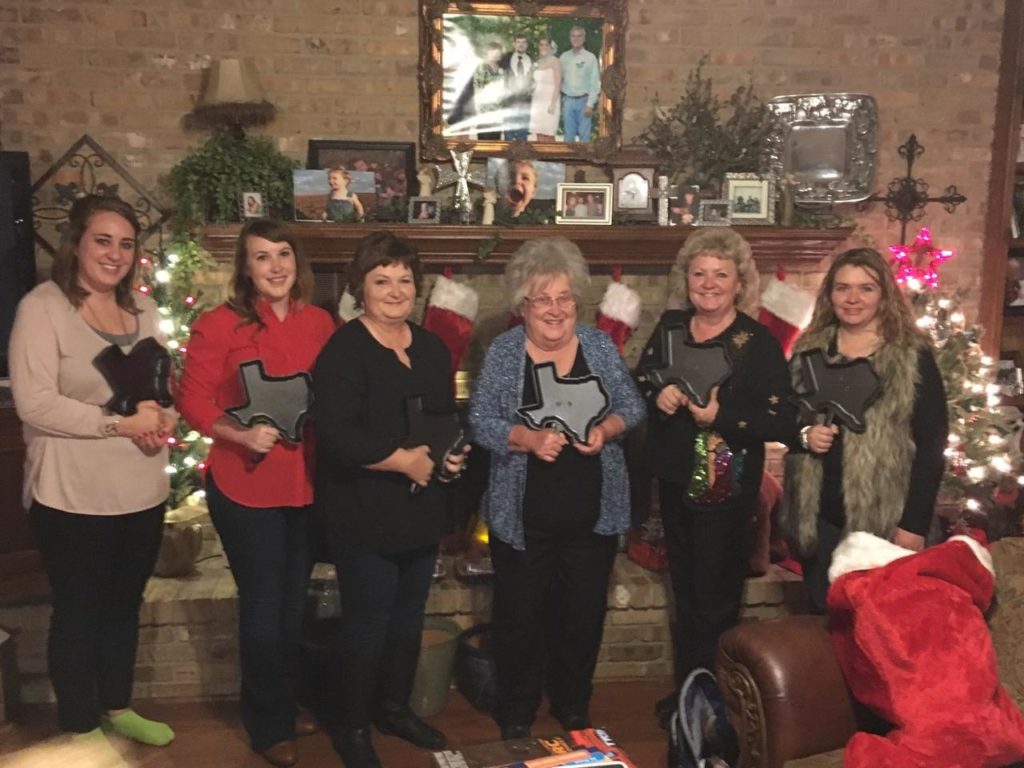 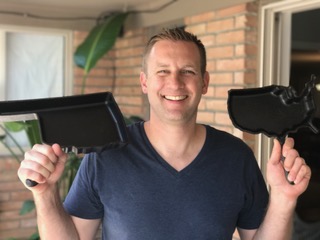 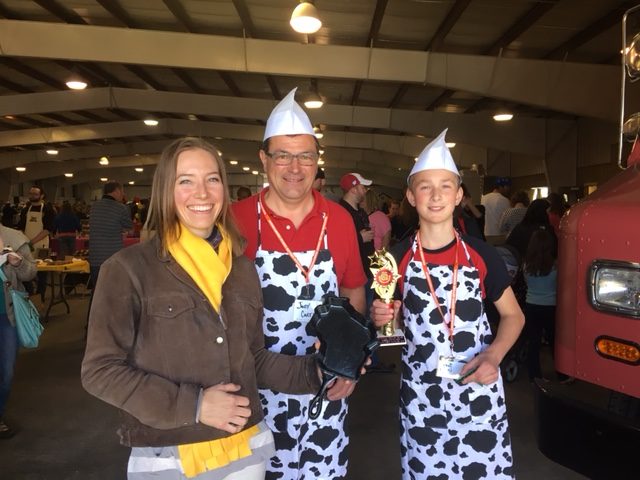 That same year, in 2012, the American Skillet Company was born! Partnering with Midwestern iron foundries to help manufacture new and more ergonomic designs of the state skillet concept, the American Skillet Company began production of a more sustainable way to create the state skillet idea while distributing to a greater population of interested customers. The use of an industrial process is still a labor-intensive love, and the quality of our skillets relies on the hand-touched efforts of dozens of skilled craftspeople that sweat over the finer details, just like I do.

Today, we still create our skillets in small-batches with Midwestern manufacturers, and I still get the last touch of each and every state shaped cast iron skillet that ships to our customers. In fact, if you ever order yours with a note to your recipient, you can bet that I’m the one hand writing that letter and sticking it into the box :}