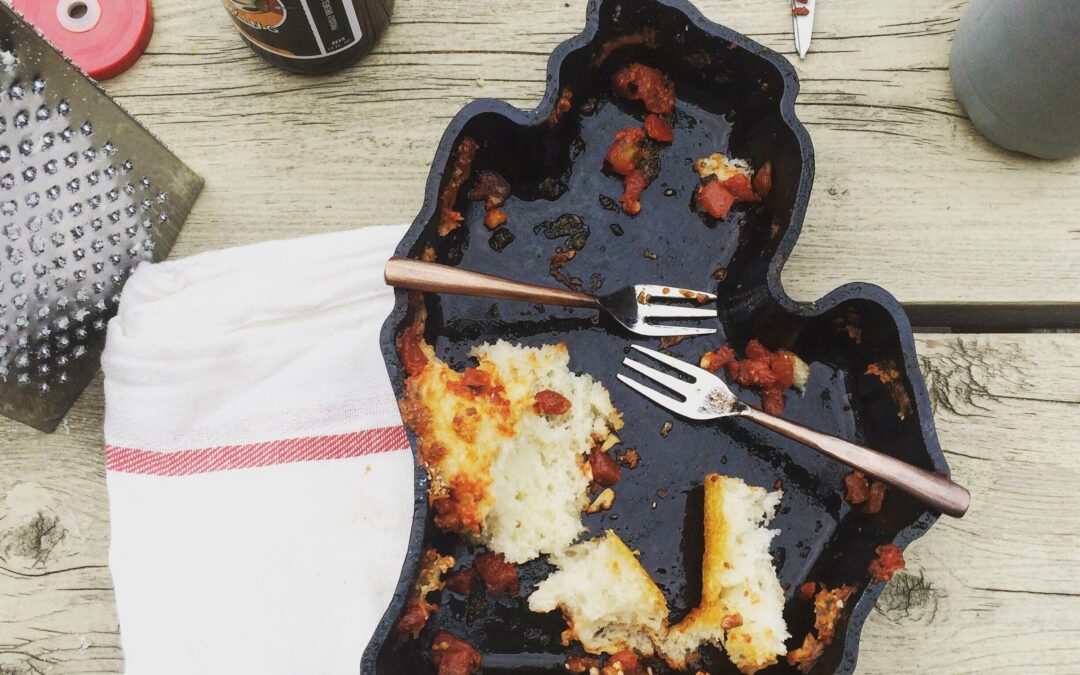 Have you ever been told, “NEVER COOK TOMATOES IN A CAST IRON PAN!” ?

There’s a lot of old mindsets & defunct rituals around cast iron use and care, but this one about tomatoes grew from a seed of truth that has been exaggerated over the years to a point of bad drama. Let me break it down:

1. It’s all about the layers

Your seasoned cast iron pan can vary in its durability based on how much you’ve been cooking in it, how you choose to wash it each time, and if you have been touching up the seasoning now and then in between uses.

A new, out of the box pre-seasoned skillet only has it’s first couple coats of starter seasoning to keep it from rusting but able to cook on right away. For your first meal in a new pan, it’s a good plan to avoid choosing acidic ingredients or dropping eggs onto a brand new skillet. It will easily break down that virgin coat of seasoning and could cause some pretty annoying clean up your first time out of the box.

2. Acidic foods can break down your seasoning

Foods like tomatoes, lemons, eggs (yep!) fish and alcohol all fall onto the acidic side of the food pH meter and there isn’t enough seasoning built up on a new skillet to take the blow. This doesn’t mean you have to avoid them with cast iron! But for the first few weeks with your new cast iron pan, consider breaking it in with something more neutral such as caramelized veggies, cornbread, sautéed onions or turnip green bacon dip with pull apart crust. Cooking these foods will give you a feel for how your new cookware handles your heat source, while beginning to build new layers of seasoning on your pan. 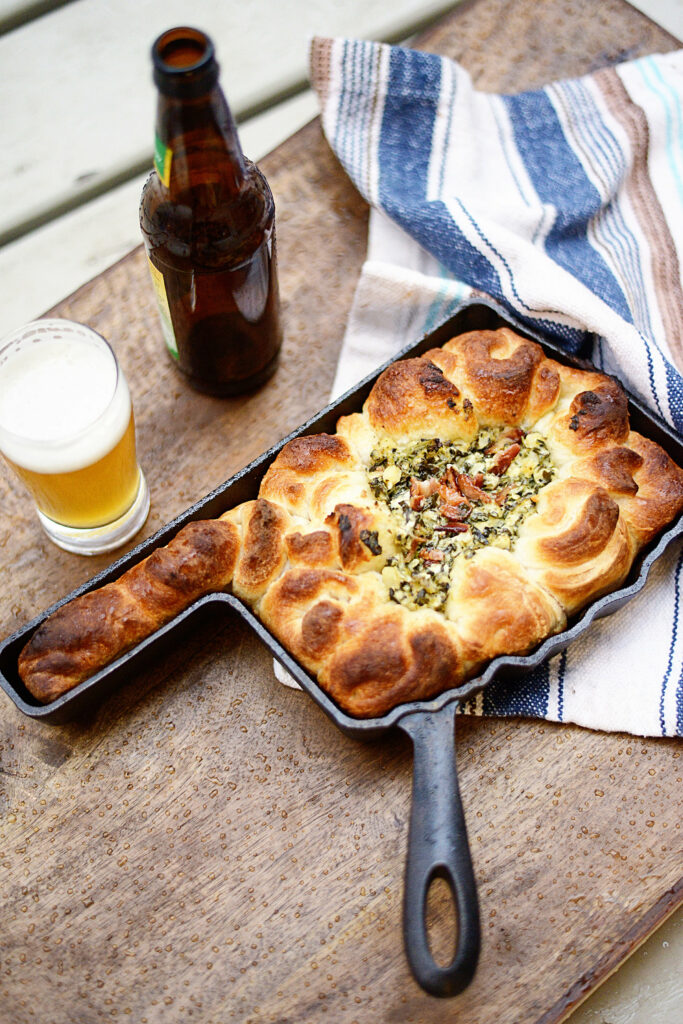 3. A well seasoned skillet can handle acidity – for a while…

Once you have been cooking on your skillet for some time and have established a robust layer of seasoning, then you can start to consider putting your well oiled cast iron skillet to the test and try building out your favorite herb marinara sauce with meatballs for a spaghetti night diner.

Keep in mind, just because your pan has built up all those beautiful layers of seasoning, doesn’t mean it’s impermeable to acidic foods. The seasoning just won’t break down as quickly as it would on the light, brand new seasoning, and you will get through the one acidic meal just fine.

4. The worst case scenario isn’t even that bad: re-season your skillet

If you continue to use the same pan for extended periods of time with highly acidic foods, expect the need to re-season your pan before your next meal on it. What you may notice after clean up from a meal that used a tomato base or lemon juice, is that the skillet looks dull or maybe even has some discoloration or blotchy spots on it. Consider this as a message from your cookware that it’s time for some loving maintenance seasoning, and could use a drink of oil over a hot burner. 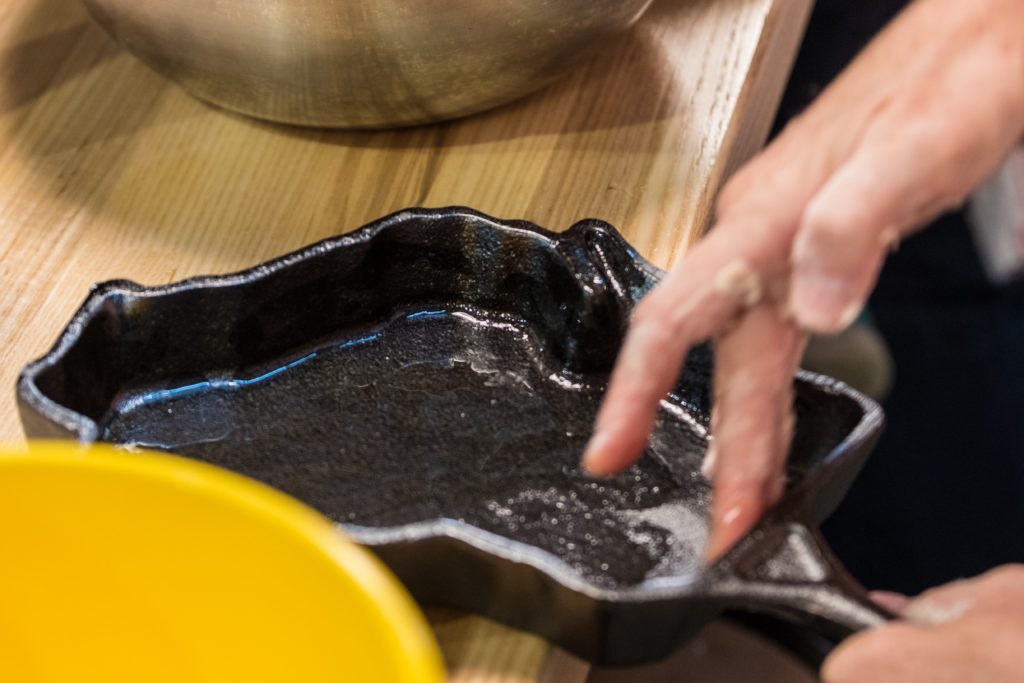 One of the blessing of cast iron cookware is that it can withstand some pretty brutal treatment in the kitchen, and is usually pretty salvageable after any damages to seasoning. It takes a lot of effort to truly destroy a cast iron pan. Dropping it on the floor and cracking it, or leaving a super thin skillet to warp over a hot fire too long without food in it, are probably at the top of the list when determining a forever-dead pan scenario.

So keep up the rotation high through a variety of meals, both neutral & alkaline in between some acidic ones, and you’ll be good as gold. The more you use the skillet, the better it becomes, so GET COOKIN’! 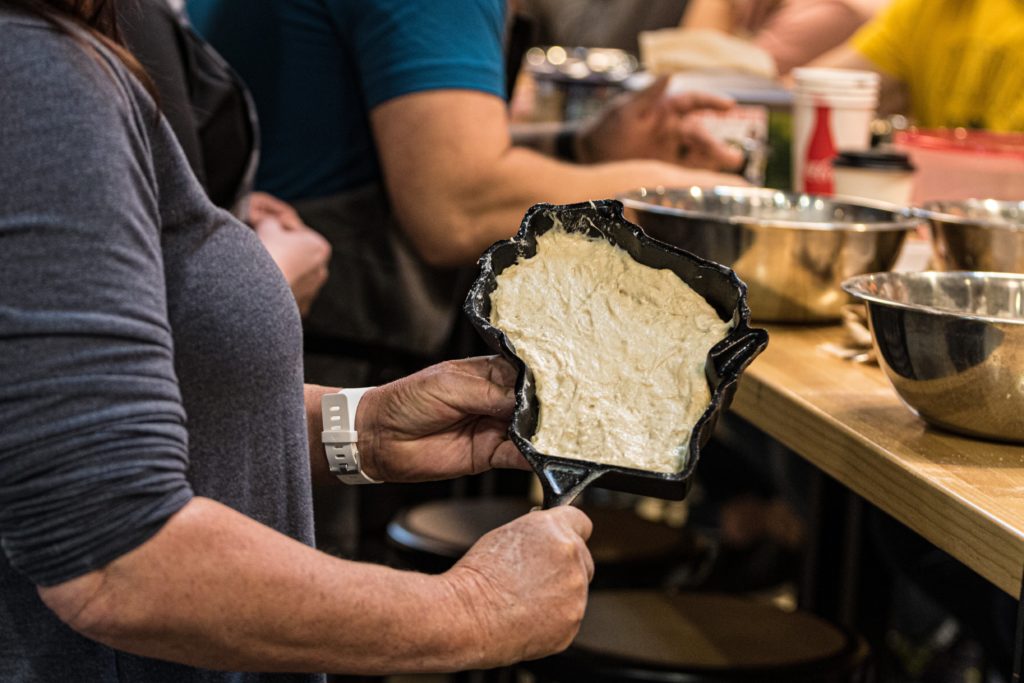